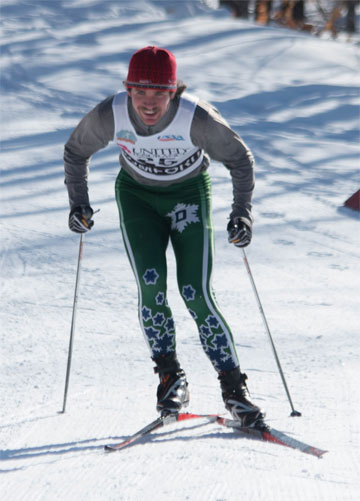 Despite the recent heavy rains, the Black Mountain of Maine and the Chisholm Ski Club were able to salvage both the alpine and nordic courses to provide a great day of skiing in the 2018 Chisholm Challenge. In the initial race of the day, Mia Corcoran, skiing for the Chisholm Ski Club's race team, capture the gold in the girls Giant Slalom with times of :27.03 and 27:82 for a :54.85 total. Corcoran's time was just over a second faster than runner-up Madison Papianou (:56.02). Papianou's first run of :26.80 was the fastest run of the day. Coming in third was Katie Yeaton of the Farmington Area Ski Team. Rounding out the top six were Hannah Macmillan of Rangeley, Emily Harper of Maranacook, and Anna Erb, also of Maranacook.

In the boys race, Farmington's Josh Smith came in first with a total two-run time of :53.47. Skiing for Rangeley, Charlie Pye captured silver with times of :27.26 and :27.23. Third place went to Maranacook's Dylan McGarr (:57.32). Capturing the next three spots were Tyler Smith of Auburn, Bryce Marcoux of Chisholm Ski Club, and Trent Beaudoin of FAST.
In the afternoon girls Nordic Freestyle event, it was Farmington Area Ski Team, led by gold medalist Emma Charles, dominating the field with the top 5 finishers. Charles completed the 3K race in 9:18.7 to capture top honors. Teammates, Kamryn Joyce, Bridget Reusch, Moriah Reusch, and Lucinda Carrol took the next spots with Telstar's Nyla Scott coming in sixth.
Farmington Josh Smith came in first in the boys race with a time of 8:32.6. That double win was more than enough for him to be crowned skimeister champion. Telstar's Eli Shiffrin (8:38.1) took the silver, with LABK's Ellis Slover capturing the bronze (9:18.1). Taking the next 3 spots were Burke Macleay of CMSC, Benjamin Condit of Auburn, and Isaiah Doscinski of FAST.
Farmington's Kamryn Jocye came in 9th in the Giant Slalom and together with her 2nd place finish in the freestlye race won the girls' skimeister award.
In boys team results, FAST came in first with 39 points, with Camden (136) edging out Auburn (141) for second place. The top three girls team were identical to the boys, with Farmington finishing with 53 points, Camden with 166, and Auburn in third with 188 points.
In the 3rd grade and under division, Jack Bartash finished 3 one hundreths of a second faster that Tristan Riley to take first place.
Congratulations to all skiers for their great efforts.
Race Photos are available at 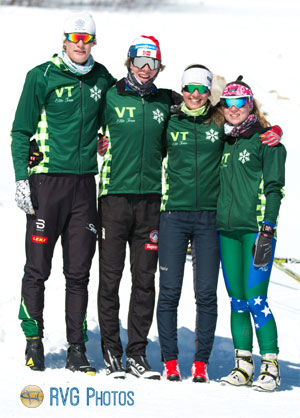 strided and skated to a gold medal in the Eastern High School Championships on March 18th. The race consisted of two classical legs and two freestyle legs over the famed John Roderick Trail System. The women's skied the first leg on a 3030m classical course which was repeated by the first male skier. The baton was then passed off to the second female to ski the 3046m freestyle leg of the race, and finished off by the second male racer.

Team Vermont captured the Graham Taylor Cup, the trophy emblematic of the team that sccored the most team points over the three days of competition. Graham was present to help outgoing NENSA representative Amber Freeman present the award to the Vermont team.

Congratulation to all the state competitors for a great EHS Championship. We also want to thank all the Chisholm Ski Club volunteers (and Mother Nature) who help make this a great skiing event. 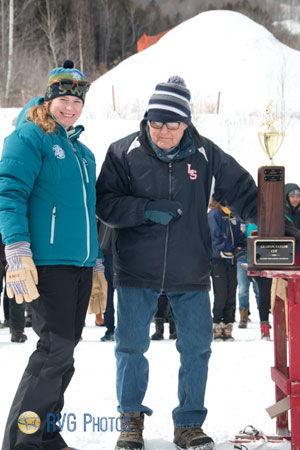 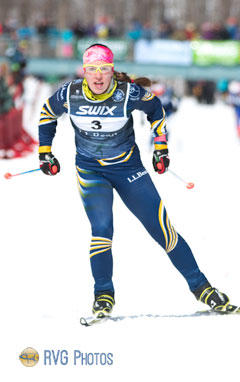 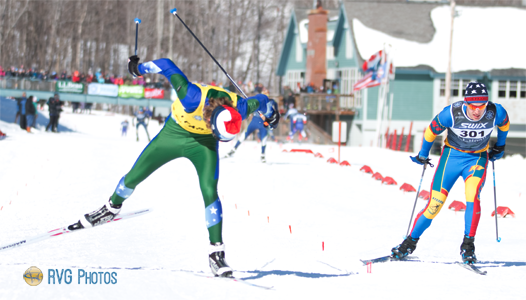 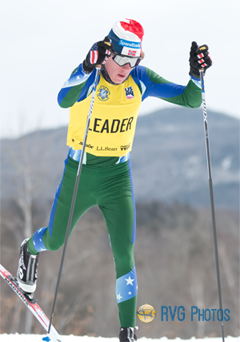 2018 Eastern High School Championships with gold medal finishes in the men's and women's 7.5k Mass Start Classical race at Black Mountain on March 17th. It was the second gold of the weekend for Ogden, who won the 5k freestyle race on the previous day. The Landgrove, Vermont native finished the classical race in 18:53.3, .8 of a second faster than silver medalist James Kitch of Belmont, Massachusetts. Will Koch, son of 1976 Olympic Silver medalist Bill Koch, took the bronze with a time of 20:03.1 for Vermont. 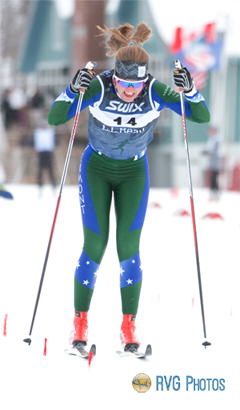 In the women's race, Sweet, of Waterbury, Vermont, crossed the finish line first in 23:50.3. Maine's Sophia Laukli of Yarmouth grabbed the silver, with Jay, Vermont's Callie Young winning the bronze. 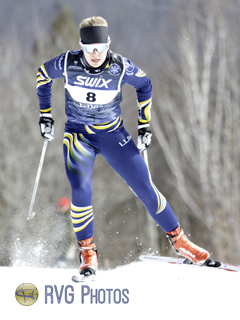 Chisholm Ski Club and Black Mountain of Maine are geared up for the premier event for high school and prep school racers in New England and New York. The goal of the EHSC is to provide the highest quality competition for high school-aged athletes. We received 14" of fresh snow on March 8-9 and will have the full use of all our courses for this two-day event.

Athletes have qualified for the EHS CHampionships through state qualifying races (ME, NH, VT, MA, and NY). Up to 24 boys and 24 girls have been selected for each state’s teams.