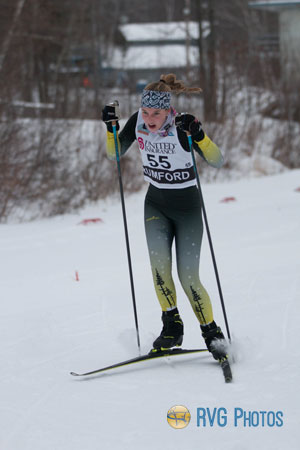 The Maranacook Men and Women easily outdistanced their opponents at the initial Nordic race at Black Mountain of Maine in Rumford. Elsa Bergdahl was the first to cross the line in the womens' race, finishing the 5k freestyle in 19:31.8. Her teammate, Olympia Farrell finished second with a time of 19:41.7. Taking the finapodium spot was Maranacook's Lin Martinez Nocito, who finished in 21:00.7. Other top 6 finishers, all from Maranacook, were Jenna Babdeau (21:51.6), Claire Holman (23:26.1), and Ruby Nelson (24:08.7). 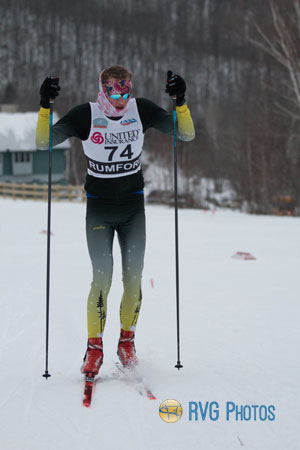 The next Nordic race at Black Mountain will be the Sassi 5k Classical on January 29th.