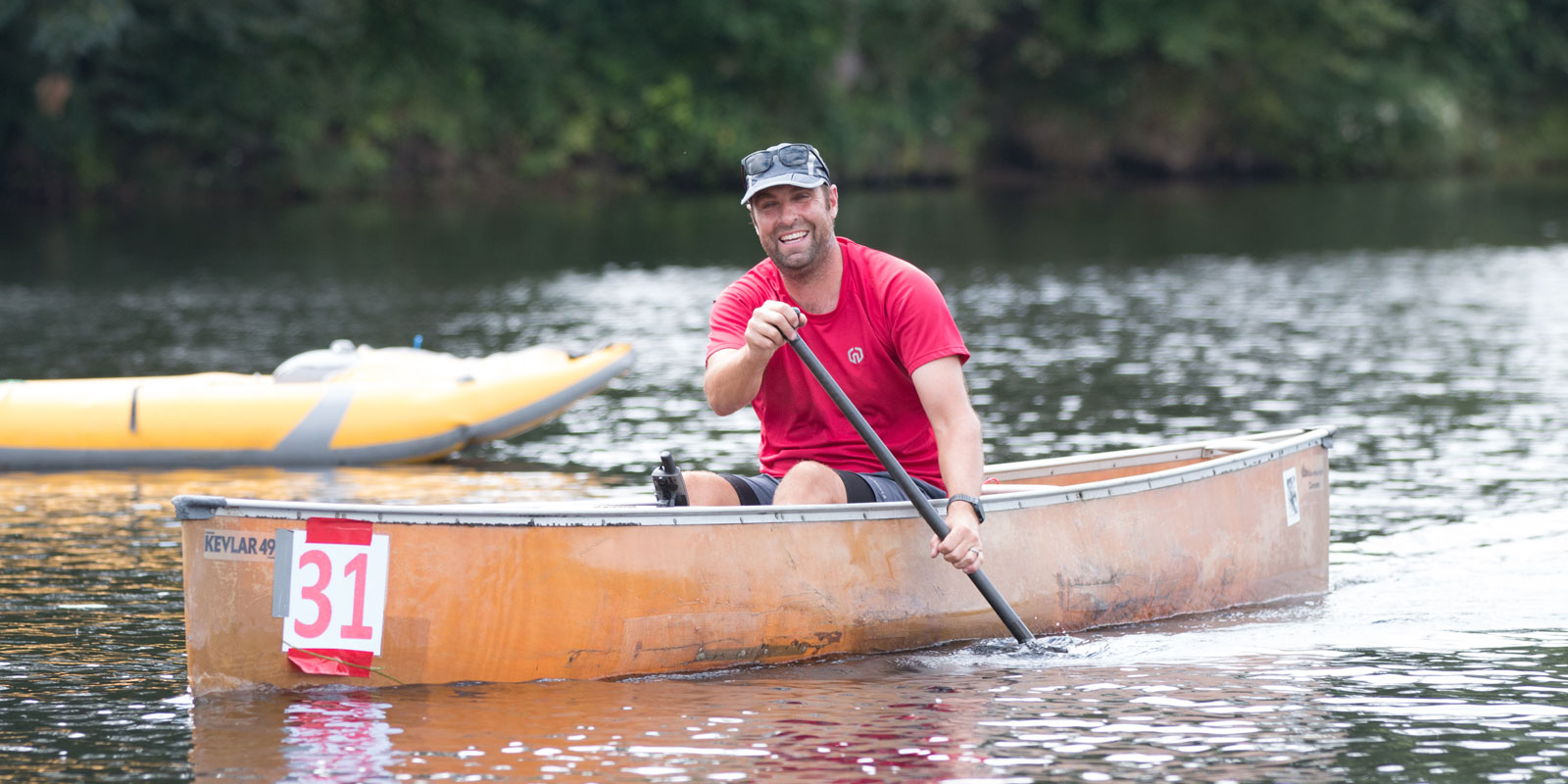 The committee would like to thank all of the volunteers who made this summer endeavor a success. The race will only continue to grow and become more popular.

You can visit our Paddle Sports web site at https://chisholmskiclub.org/paddlesports.

A Fun Day Scheduled for March 12

Black Mountain of Maine Ski Area and the Chisholm Ski Club will host the 2nd annual Tom Kendall Cross Country Ski Tour on Saturday March 12th at Black Mountain with the race starting at 12.30 pm. Participants can choose from a 3 or 5-kilometer course held on the historic cross country ski track, and they can either do classic or freestyle technique. All levels of skiers are welcome to the event. Tour fees are $10 for folks under 20 and $15 for those over 20. Race information can be found at Chisholmskiclub.org.  Registration is the day of race at Race Headquarters.

Tom Kendall and his family were long time members of the Chisholm Ski Club. Tom started timing both cross country and alpine races many years ago. It was a family business right from the get-go, with his wife Nancy, and brothers and sisters helping at many events. In 2002, Tom served as the chief of timing at the 2002 Salt Lake City Olympics, and he and his crews also timed the NCAA events and championships for many years. Well known around the country, Tom's timing company still lives on today as Bart Timing.

Jeff Knight and Crew Rise to the Occasion 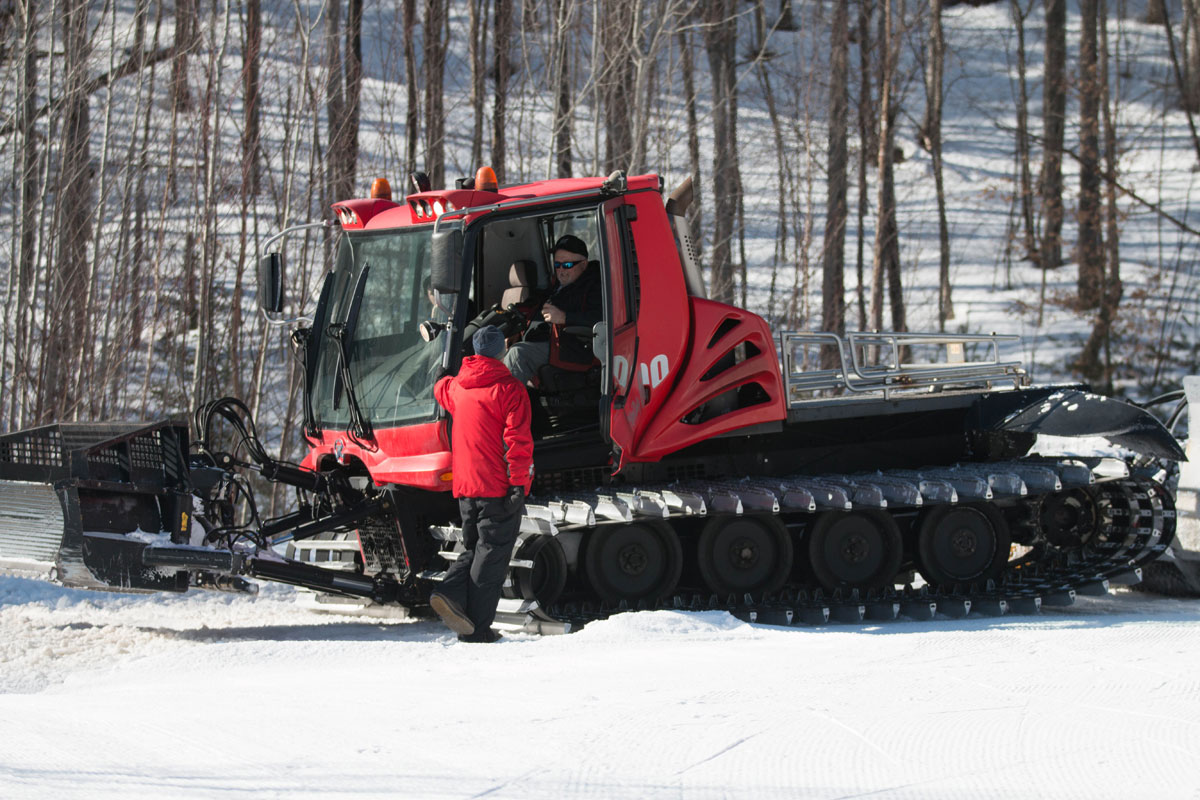 What do you do when you are scheduled to host a State Championship Nordic Weekend with all high schools in the State of Maine and over 300 skiers participating and Mother Nature throws you a challenge? You call on Black Mountain's Jeff Knight and crew to take on the challenge and groom the John Roderick Trail System to a safe and  competitive venue. On the night before the competition was to begin, Black Mountain in Rumford received a sustained overnig

ht downpour with temperatures reaching near 60º on race day. That was the first challenge for the crew commissioned to set tracks for the classical races that were to be held on opening day of the competition.

And set the tracks they did. Even so, with the temperatures as high as they were, inevitably there was some standing water in parts of the course. Adding salt to the wound was the weather forecast that was predicting a drastic temperature drop and gale force winds overnight. At the coaches meeting on Day 1, TD Dan Warner made the wise decision to eliminate "High School Hill" on Day 2 because it would be "just too fast". The coaches all agreed with that decision. It would be safe to assume that the coaches had some trepidation about the ability to transform water and eventually ice to a safe skiable course. 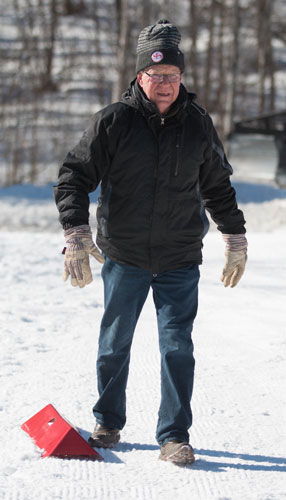 But, after a successful Day 1, the race crew met with Jeff Knight to devise a plan for Day 2. After the competition, Chief of Competition Roger Arsenault stated "We talked with Jeff last night to form a plan for grooming today and we trusted he and Rob to pull it off. They more than exceeded anything we could have imagined." He added, "We finished a heck of a season in style today. Even though yesterday was a challenge for everyone, no one complained. No one expected to get what they got today. The look on everyone's face today was priceless. The real heroes today were Jeff, Landan and Robb. Dan said it best and I echo him in that without their effort and skill, we would have been dead."

Skiers and coaches were pleasantly surprised, perhaps even shocked, to see the transformation that had taken place overnight. Not only was there no water or ice, the 5k course was groomed to a perfect surface for the freestyle pursuit race that was to occur on Day 2. Leavitt Coach and Maine Principals Association liaison Dustin Williamson wrote, "I would like to thank all of the Chisholm Ski Club members and to Black Mtn for hosting a very successful MPA Class A/B/C Nordic Championships.  The club and the mountain went above and beyond to make sure that the state meet was safe, fair, successful, and simply the best for every racer.  There were several worries about how the snow conditions would be with the crazy weather but everything was fantastic.  I am very grateful and appreciate all of the work that went into hosting the championships." 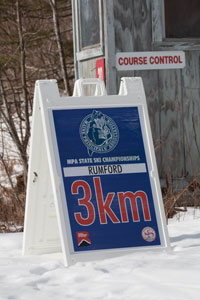 Mt. Abram Nordic Coach Buzz Bean wrote, "Thanks for another great race. Your team always puts on a world class event!" High praise indeed.
Among the many CSC member crews that skillfully do their "jobs" to make for a successful race day, none have more responsibility that the timing crew, headed by Bob Arsenault. Roger states, "The pursuit is a fun race but needs a great crew and a lot of planning. Timing and scoring was in Bob and Randy's  (Easter) and their team's hands. Not many know what goes into hosting and scoring these events. What they do is hand the MPA scoring and results fast."
Thanks to everyone for all their help and doing their jobs perfectly. 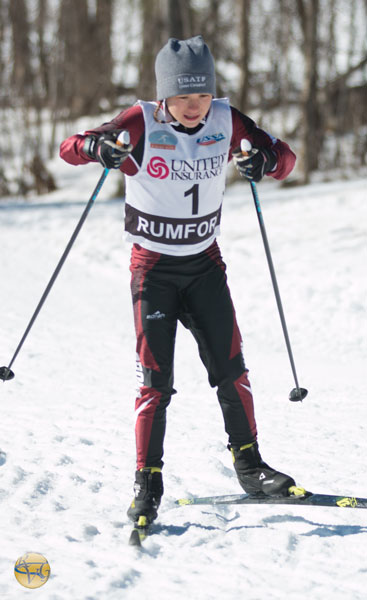 After a classical day of 60 degrees, it was fast and cold for the freestyle. 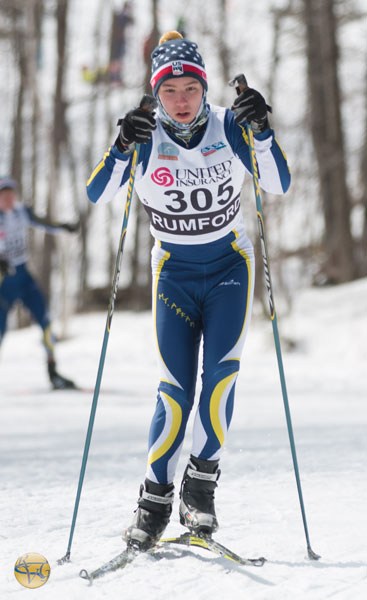 On the boys side, Luke Streinz of Southern Aroostook is the 2022 Class C Freestyle state champion.  His winning time was 11:59.0.  Abrahm Geissinger of Spruce Mtn was second with a time of 12:08.1 and Alex Hemingway of Mt Abram was third with a time of 12:34.1.

Bell and Redfield are Class B Freestyle Champs 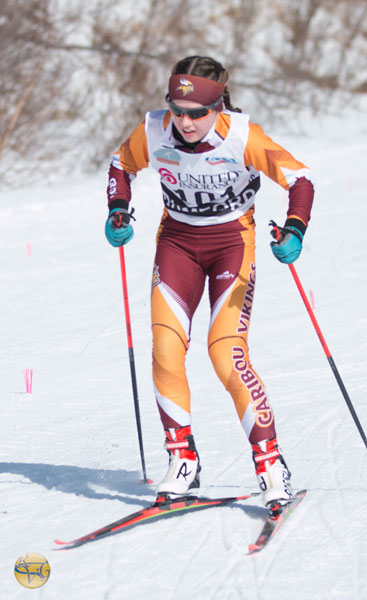 witn the freestyle pursuit.  After a classical day of 60 degrees, it was fast and cold for the freestyle.  On the girls side, Kayley Bell of Caribou is the 2022 Class B Freestyle State Champion.  Her winning time was 14:20.9.  Emma Haims of Maine Coast was second with a time of 15:06.6 and Ali Dening of Leavitt was third with a time of 16:14.4. 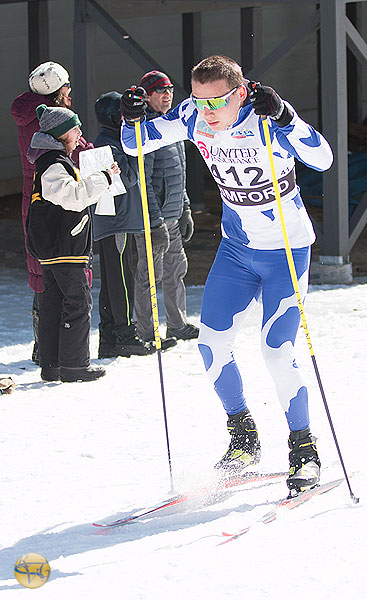 Charles and Rouhana are Class A Freestyle Champs

The 2022 MPA Class A Nordic State Championships concluded today at Black Mtn witn the freestyle pursuit.  After a classical day of 60 degrees, it was fast and cold for the freestyle.

On the girls side, Emma Charles is the 2022 Class A Freestyle State Champion. 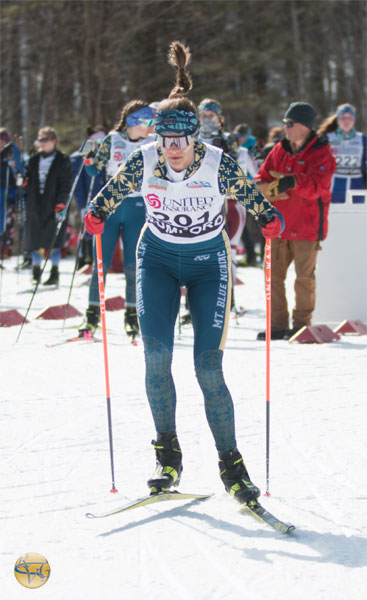 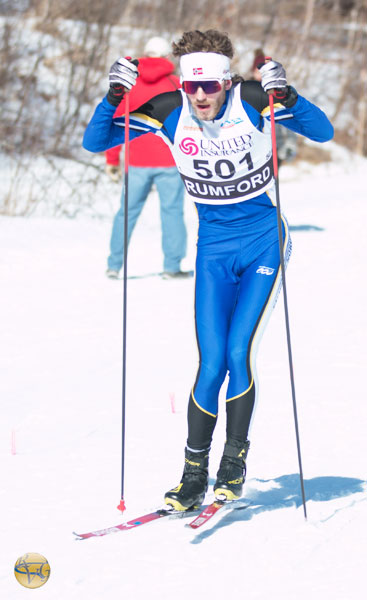 The Mt Blue girls and the Mt Blue boys are the 2022 MPA Class C Nordic State Champions.  Deering and Cheverus girls tied for runners-up and the Portland boys were second.  Emma Charles and Joey Rouhana are also the 2022 Class A Pursuit State Champions.   Also congratulations to the Greely girls and to the Greely boys for receiving the MPA Sportsmanship award.  RESULTS